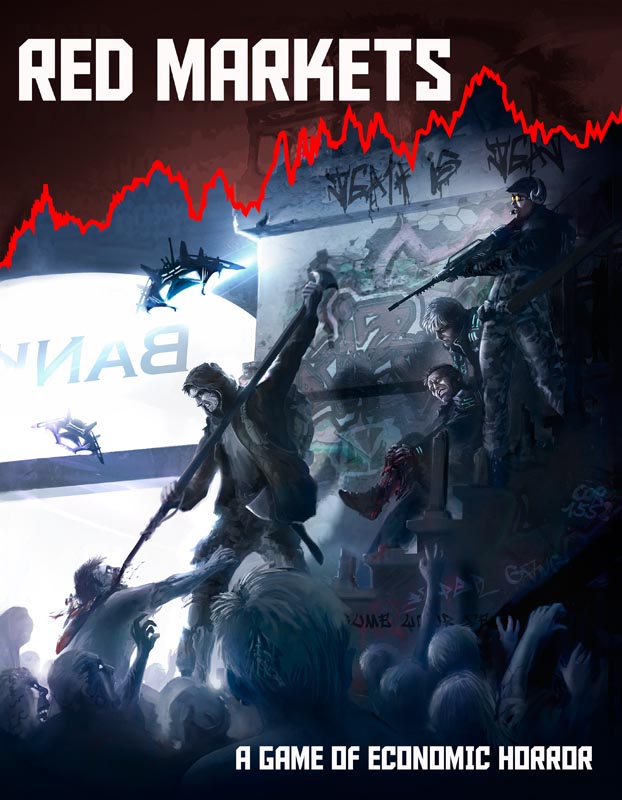 Red Markets is a tabletop RPG about economic horror, nominated for “Best Game” at the 2018 Ennie Awards.

In Red Markets, characters risk their lives trading between the massive quarantine zones containing a zombie outbreak and the remains of civilization. They are Takers: mercenary entrepreneurs unwilling to accept their abandonment. Bound together into competing crews, each seeks to profit from mankind’s near-extinction before it claims them. They must hustle, scheme, and scam as hard as they fight if they hope to survive the competing factions and undead hordes the GM throws at them.

Takers that are quick, clever, or brutal enough might live to see retirement in a safe zone, but many discover too late that the cycle of poverty proves harder to escape than the hordes of undead.

Red Markets uses the traditional zombie genre to tell a story about surviving on the wrong end of the economy. It’s cut-throat capitalism with its knife on your neck.